Andre Ayew's goal against Gabon sends him into the history books 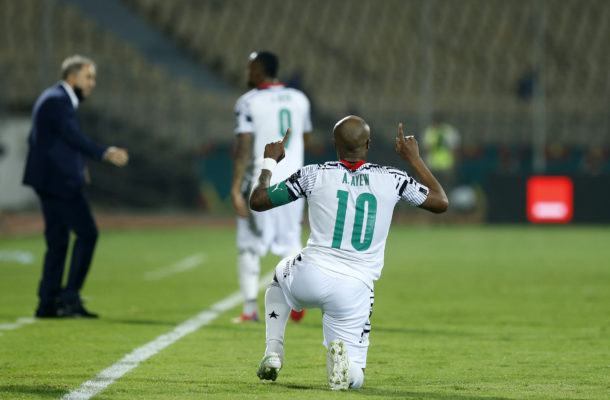 Black Stars captain Andre Ayew has entered into the annals of African football history with his goal in Friday's 1-1 draw against Gabon making it his tenth goal in the African Cup of Nations.

The Al Sadd forward has joined an elite group of company of players who have scored ten goals in the African Cup of Nations tournament.

Ghana scored in the first half through captain Andre Ayew's long range strike from outside the penalty box but late on the Gabonese pulled parity.

The goal makes him the highest scoring Ghanaian at the African Cup of Nations as he has now scored ten goals more than Asamoah Gyan who scored 8 and Osei Kofi who scored 7.