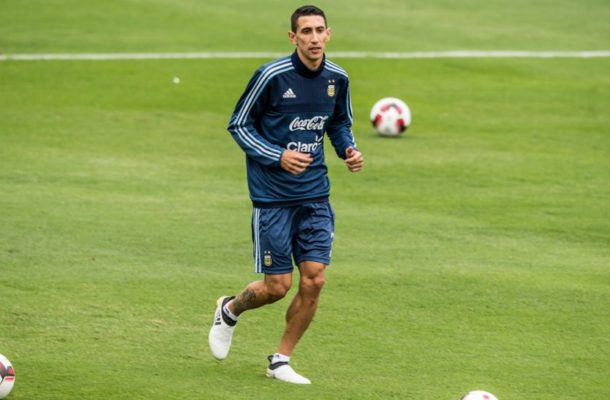 The loss was Argentina's third in a row in a major final, following the 2014 World Cup vs. Germany and 2015 Copa America vs. Chile, and Di Maria was pushed to the brink, saying he almost started therapy over the disappointment and heartbreak brought on by the crushing loss.


"I did not think Leo was coming back ever again," Di Maria told Argentine outlet TyC Sports. "These are the things that go through your head in moments like that, I think.

"Losing one final, that happens, but when it happens three times in a row, that is something else entirely. I thought about making the same decision, but my wife and my father were the first in stopping me. It was impossible for me to say, 'I am leaving.'"

Di Maria, who says he switched his jersey number from 7 to the 11 he wore when Argentina won Olympic gold in 2008, suggested that another final loss could push him over the edge, though. Argentina, provided it qualifies, will figure to be among the favorites at the 2018 World Cup in Russia.

"I wanted to go see a psychologist, but in the end I didn't go because I knew it was something I had to figure out in my own head," the 28-year-old Di Maria added. "If I lose another final, that's it."

Di Maria is back with the Albiceleste for World Cup qualifiers against Peru and Paraguay during the current FIFA international window, and he's been named to new manager Edgardo Bauza's starting lineup for the match.

Messi will miss out with a groin injury suffered with FC Barcelona.