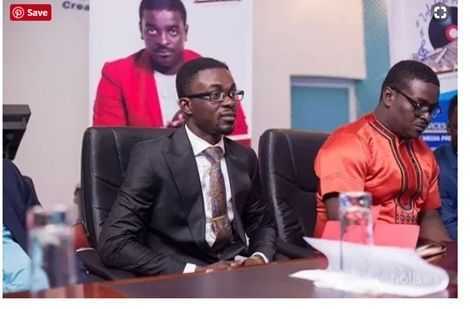 Angry customers of gold dealership company, Menzgold, have threatened to beat up any journalist who shows up at any of the company's offices to film activities there today as scores troop in to redeem their dividends.

This follows a release by the company signaling the resumption of payment of dividends to investors following a temporal halt after the Securities and Exchanges Commission of Ghana ordered the company to stop taking deposits.

Two reporters from Ghana's largest online portal, Ghanaweb.com, but for the timely intervention of some police officers present, would have been beaten to pulp on Friday morning when they arrived at the Dzorwulu Branch of Menzgold to report on the situation there.

Beatrice Sowah, a Multimedia Journalist and Richard Vanderpuije, a camera operator were in the process of gathering information for the filing of a report on happenings at the Menzgold office when the angry customers pounced on them. According to the customers, they do not want any media house coming in to film activities or processes at the company's premise. They say the move is to prevent 'misinformation' of the exact situation as regards the payment of their dividends.

Scores of Menzgold customers have this morning moved in drones to several of the company's branches across the country to either demand dividend payments or their entire investment capital.

On September 12 this year, three Menzgold workers reportedly manhandled two journalists as they tried to get reactions to the directive to the gold dealership company to cease gold trading activities by the Securities and Exchange Commission (SEC).

A reporter with Multimedia Group's Joy News, Karen Dodoo and a pregnant journalist with Media Generale's TV3, Nana Akua, were confronted by the workers in suit and tie.

The journalists were standing across the street by the Menzgold office in East Legon in Accra getting ready to file reports for their 12-noon bulletins.

They had gone there hours after SEC had announced a directive which had triggered panic withdrawals at the gold dealership company.