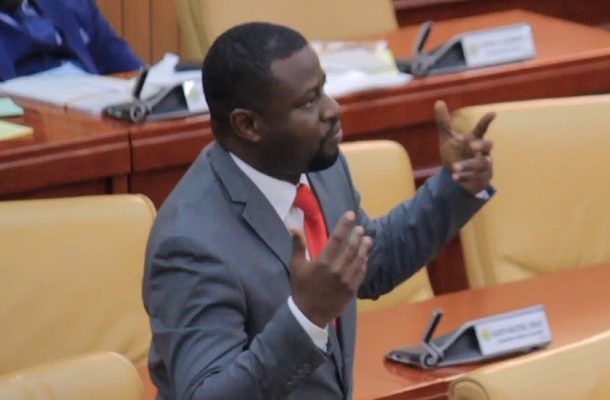 The Majority Chief Whip and Member of Parliament (MP) for Nsawam-Adoagyiri in the Eastern Region, Hon. Frank Annoh-Dompreh, has called for public education on parliamentary privileges and immunities.

His comment comes after the Speaker of Parliament, Alban Bagbin told the Members of Parliament not to be oblivious of their parliamentary immunity against court processes and police arrest.

The Speaker while delivering a seminal ruling on the exercise of privileges and immunities by Members in the House on Wednesday, June 9, 2021, said although MPs have legislative immunity, that privilege ensures that MPs are not distracted by detention in line of duty is not absolute.

“I must bring to your attention, the fact that the immunity enjoyed by the Speaker, Members of Parliament, and Clerk to Parliament are not absolute anytime, anywhere, and any day,” he stated.

The Speaker explained that Article 117, which gives the immunity granted by the Constitution to specific functionaries of Parliament is only to be exercised when the functionary “is on his way to, attending at or returning from, any proceedings of Parliament”.

But in reaction, Frank Annoh-Dompreh indicated the issue was not worth debating since the provision in article 117/118 was clear on the immunities end privileges that could be enjoyed by MPs.

He, therefore, suggested that the Public Relations Department of Parliament should begin to educate the public on the issue.

“But I think that the public relations department of Parliament as a cooperate entity, will have to take the matter up. We cannot continuously be happier to be talking about this and also, educating the public,” said Annoh-Dompreh.

He debunked assertions made by a section of the populace that MPs always demand special treatment.

“That is not the case. It is the case of respecting the provisions of our constitution and also reflecting the true jurisdiction of the law,” he indicated.