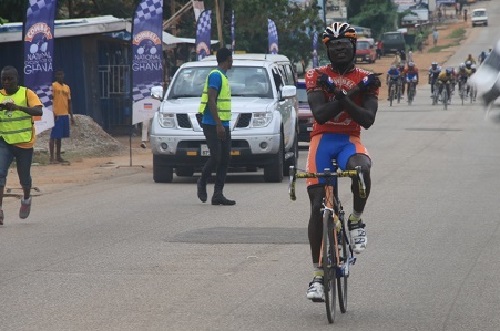 The first stage of the race began on Thursday with 74 cyclists who cleared a distance of 100 kilometres from Nkawkaw to Kumasi. Nuru Pardie was the stage winner on the day and made a time of one hour, 23 minutes and 53 seconds.

The second stage which rolled from Kumasi to Adugyama and back to the Garden City saw the sensational Anthony Boakye winning that particular stage in style, edging out the time made by Nuru Pardie.

The river park roller maintained his nine-second lead ahead of the chasing-pack and held off race  as he protected his time in the third stage from Kumasi to Koforidua and back to Kumasi over a distance of 82km.