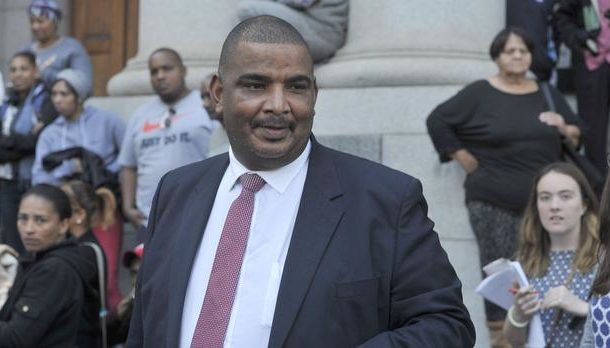 A South African pastor who blamed the Cape Town drought on “wickedness and homosexuality” has been given a 30-day prison sentence.

Oscar Bougardt was found guilty of breaching a 2014 order banning him from making anti-gay statements on social media at the Equality Court in Cape Town.

The court heard how he made a series of remarks over three years, including in the comments section of a South African LGBT website.

They included one in response to an article on gay rights in Nigeria, where he wrote “to hell with homosexuals… their lifestyle is an abomination to God… if I were president of my country, I would lock them in cages”.


According to South Africa’s News24.com, Bougardt also said the Cape Town drought was the fault of “wickedness and homosexuality and church leaders who fail to preach the Bible and sodomite abomination”.

Bougardt said he had the constitutional right to express his views, Judge Lee Bozalek said during sentencing.

Speaking ahead of the trial, he told eNCA journalist Leigh-Anne Jansen the trial was not against him but “against the word of God”.

The jail term has been suspended for five years, as long as he does not breach the original order again.