Anti-LGBTQ+ could be heavily influenced by citizens memoranda - Majority Leader 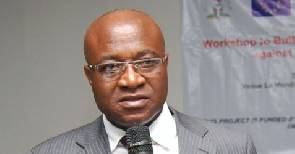 The Promotion of Proper Human Sexual Rights and Ghanaian Family Values Bill 2021, currently receiving attention at the committee level in Ghana’s Parliament, could be heavily influenced by the various memoranda which would be submitted to the committee for consideration on the matter.

This is according to the Majority Leader and Leader of Government Business in Parliament, Osei Kyei-Mensah-Bonsu, who is of the view that the proposed law which has been christened the ‘Anti LGBTQI+ Bill’ would only meet the expectations of interest groups when they equally participate in the process of its legislation.

He is therefore encouraging organized groups and individuals who have raised concerns against or comments in support of the draft bill, to channel their concerns to the Constitutional, Legal and Parliamentary Affairs Committee of Parliament to enrich the content of the Bill.

Briefing the Parliamentary Press on the status of the Bill so far, the Majority Leader who doubles as the Minister for Parliamentary Affairs observed that, much as it is the right of citizens to exercise popular participation by discussing the content of the Bill, he would rather they submitted memoranda to the committee.

“Much more importantly, I would entreat that the organized groups including churches and mosques, Civil Society Organizations, NGOs should submit memoranda to the committee,” he urged.

He cited Article 106 (6) of the 1992 Constitution as the basis for his request. It states, “The Report of the Committee, together with the explanatory memorandum to the bill, shall form the basis for a full debate on the bill for its passage, with or without amendments, or its rejection, by Parliament.”

He further explained that, “the basis for the debate that we are going to have in Parliament, is the memorandum to the bill and the hearings that the committee will submit itself to which will form the basis of the report that they themselves will send to Parliament.

“That report could be heavily influenced by the memoranda that will be going to them. This is why I am urging that the citizens should submit memos to the committee.”

The Bill which has already gone through its first reading and it is currently before the Constitutional, Legal, and Parliamentary Affairs Committee, has received a lot of attention of the Ghanaian public, traditional and faith-based organizations who have openly declared their support for the bill.

Quite interestingly, some renowned academicians and Human Right Lawyers and advocates with the support of foreign and international organizations have mounted strong opposition to the bill; citing human rights abuses and discrimination against minority rights such as gays and lesbians in the bill.

An Afro barometer survey in Ghana indicates that over 90 percent of Ghanaians are against the activities of LGBTQI+ and all its forms. Therefore, the popular public support enjoyed by the bill and all those who associate themselves with it.

The Majority Leader and the Leader of Government Business in Parliament, Osei-Kyei Mensa-Bonsu, has therefore given full assurances to the public that Parliament would do the needful under the circumstances in accordance to the culture and traditions of the people of Ghana.