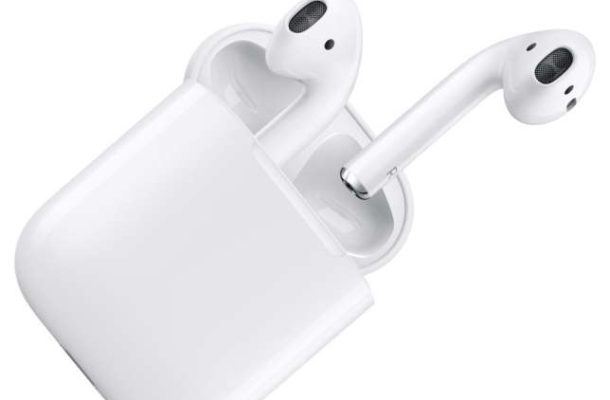 If you’re a technology freak or Apple fanatic, you’ve probably heard by now.

Apple have unveiled a new phone they call the iPhone 7.The new device comes with a brighter screen, a really good processor, an improved home button, new colours and a drastic upgrade on the camera especially the iPhone 7 Plus.

However, the most talked about device at the Apple conference aside [of course] the iPhone 7 was the new Apple AirPods.

That courage as explained by Apple executive Phil Schiller meant that, something new and probably better had to come as a replacement thus the Apple AirPods.

playiPhone 7 and the new AirPods

This is how Apple describes the product on their website:

“Just take them out and they’re ready to use with all your devices. Put them in your ears and they connect instantly. Speak into them and your voice sounds clear. Introducing AirPods. Simplicity and technology, together like never before. The result is completely magical.”

The AirPods deliver five hours of listening time on one charge with a charging case that holds multiple additional charges for more than 24 hours listening time.

The Apple Airpods does not come cheap though. Apple are selling it separately for $159. That is money in the region of GHS630.

Now here’s the thing. GHS630 can get you a really nice phone with a good earpiece for listening to music.

And if you still want a touch of Apple while you listen to your music, the $29 [GHS 115] 3.5mm headjack earpods is still an efficient way to do the job.

The will mean a GHS500 phone plus the earpods from Apple. Mission accomplished but not wirelessly.

The Apple Airpods will be available in late October.