Arago Jamal reveals why he switched nationality to play for Liberia 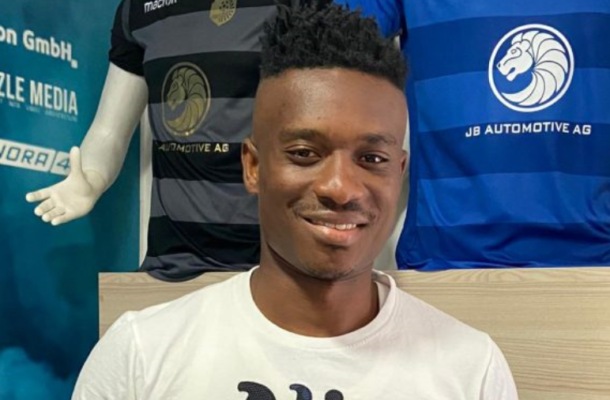 Former Ghanaian youth player Arago Jamal has now switched nationality to play for the Lone Stars of Liberia at the senior level.

He has been handed a call up to play for the Lone Stars of Liberia in their two World Cup qualifiers against Nigeria and Central Africa Republic (CAR) later this week.

The player has not received any attention from Ghana despite playing for the youth team in the past but has now decided to play for the country of her mother's origin Liberia.

In an interview with local sport portal GhanaSportsOnline.com, he says his reasons for switching to Liberia is personal and has nothing to do with the snub from Ghana.

“I took the decision based on some personal reasons,” he said.

According to him, his decision to switch nationality is personal and has nothing to do with lack of attention from Ghana.

“Not at all [it’s not because of the constant snub by Ghana] I do really believe in my qualities I just have some private personal reasons and that’s all,”

His vision is clearly set out as he targets success with the Lone Stars.

“To help the country to get to a better level in terms of progressing to tournaments because as it stands, we all see it’s been ages we haven’t seen the team made it to top competitions,” he added.