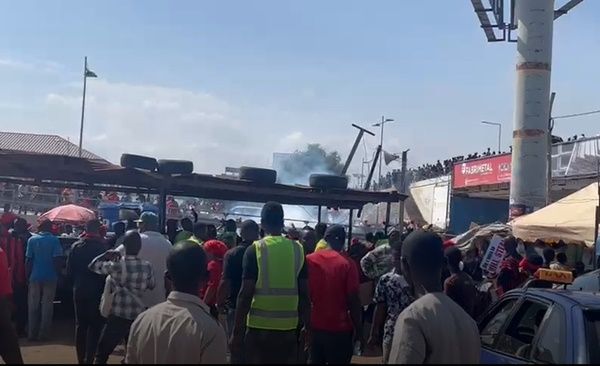 There is simmering tension at the ongoing demonstration by Arise Ghana group after Police personnel fired tear gas on the agitated protestors.

The pressure group is currently protesting the harsh economic conditions in the country and some unfavourable policies of government.

According to PeaceFM's Odenhufuor Jackson who is with the protestors, the incident was triggered when some of the protesters decided to forego approved routes outlined by the police and use an alternative one.

In the course of the standoff, some of the protestors attempted to breach the human barricade of policemen and force their way through. Their intention, according to PeaceFm's Jackson was to head towards the direction of the seat of government; the Jubilee House.

To repel their action, the police resorted to the firing of tear gas which infuriated the already angry demonstrators, who pelted the police with stones