Armed robbers shoot law student on eve of his graduation 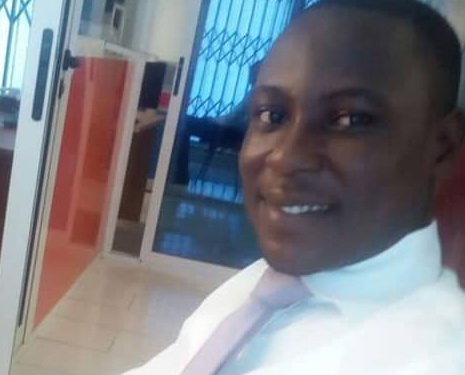 On the eve of his expected call to the bar, 30-year-old Daniel Ledi was left battling for his life after armed robbers shot him several times at Adjei Kojo, near Ashaiman on Thursday.

The robbers left Daniel with an injury to the head and a fractured arm when they attacked him in his mobile money shop close to his house.

His family confirmed that Daniel is responding to treatment at the hospital while the police have started investigation into the crime.

The Daily Graphic can confirm that senior police officers from the Ashaiman Division and a team of investigators from the Police Headquarters in Accra on Thursday spoke to Daniel from his hospital bed and also visited the crime scene.

Account
Mr. Victor Ledi, Daniel’s father told the Daily Graphic that he had arrived from Dzodze in the Ketu North District of the Volta Region on Thursday to Adjei Kojo, where Daniel lived with his younger sister, to help him with preparations towards his graduation ceremony.

He said when he asked his son if everything was set for the ceremony, he learned the only things outstanding were some drinks and water for refreshment.

According to the senior Ledi, Daniel who runs a mobile money shop about 400 metres from the house, went to get the items and passed by the shop to close it for the day.

“He was late returning, then at a point we heard shouts of ‘armed robbers, armed robbers!’” Mr. Ledi recounted.

He said the rest of them in the house rushed out to see what was going on and to their surprise, Daniel had been surrounded with guns and was shot about four times.

Mr. Ledi added that they were frightened and looked on helplessly from afar until the robbers made away with an amount of GH¢3,000. Daniel passed out at the shop and lay in a pool of his own blood.

Distress call
Daniel’s sister made a call to the Tema Regional Police Command which relayed the information to the Kanewu Police Division for a quick deployment.

Mr. Ledi said Daniel was rushed to the Tema General Hospital, where he received immediate attention. He has also been scheduled for surgery.