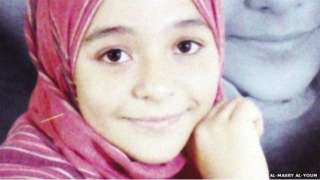 Campaigners have welcomed the arrest of Egypt's first doctor to have been convicted of carrying out female genital mutilation (FGM).

Raslan Fadl was sentenced in January 2015 over the death of Souheir al-Bataa, a 13-year-old girl who was subjected to the illegal procedure.

However, he avoided arrest and was said to have carried on working as a doctor.

FGM was banned in Egypt in 2008 but the country still has one of the highest rates of the practice in the world.

undergone the procedure in recent years, according to UN estimates.

Suad Abu-Dayyeh, Middle East and North Africa Consultant for Equality Now, said Egypt must adopt a "zero tolerance policy" towards FGM, which includes taking swift action against the health workers who carry it out.

Unless this is done, she said, "Egyptian girls will continue to face this extreme human rights abuse".

Fadl was convicted in January 2015 over the death of al-Bataa, who was from a small farming community on the outskirts of the Nile Delta city of Mansoura.

He was sentenced to two years in prison for manslaughter, as well as a further three months for performing FGM.

However, he reportedly reached a deal with the girl's family that means he will no longer have to serve the manslaughter sentence - and is only liable for the three-month term for FGM.

During the trial, prosecutors argued that al-Bataa had been forced to undergo FGM by her father.

Fadl denied carrying out the procedure, saying he had only treated her for warts and that her death had been caused by an allergic reaction to penicillin.

Both he and Suhair's father were cleared of any wrongdoing at an initial trial. But prosecutors appealed against the verdict and it was overturned in November 2015.

Fadl's clinic was ordered to close for a year. Suhair's father was meanwhile given a three-month suspended sentence.

However, Fadl continued practising intermittently after the conviction, according to Equality Now and a partner agency, the Center for Egyptian Women's Legal Assistance (CEWLA).

Typically FGM is carried out on girls aged between nine and 13 - but there are victims as young as six, anti-FGM campaigners say.