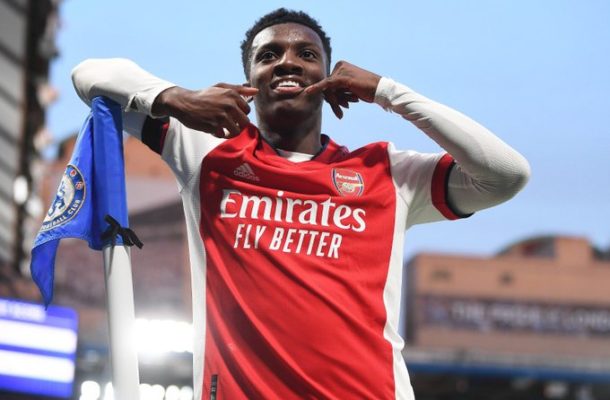 Eddie Nketiah is expected to receive the all clear from FIFA to play for the Black Stars of Ghana by next week.

The striker gave Ghana FA the green light to start the process for his nationality switch ahead of the 2022 FIFA World Cup.

Nationality switches for Nketiah is  less complicated as compared to Callum Hudson-Odoi who made three appearances for the Three Lions.

Black Stars head coach Otto Addo confirmed that he expects the nationality switches of  three players to be concluded next week and the Arsenal striker is  expected among the three.

The Black Stars defeated fierce rivals Nigeria to book their place at the Qatar 2022 FIFA World Cup and are already making plans to augment their squad.

The 22 year old Nketiah was born in Lewisham- England to Ghanaian parent but currently plays for the English U-21 where he has 17 caps with 16 goals at that level but is yet to make an appearance for the Three Lions.