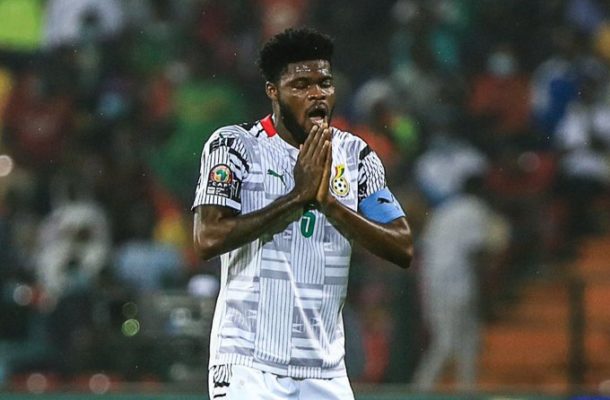 Arsenal midfielder Thomas  Teye Partey has been left out of the Black Stars squad that will play in the qualifiers for the 2023 AFCON.

The central midfielder has been out injured for some time now and missed a chunk of the last matches for his English Premier League side.

The Black Stars will host Madagascar at the Cape Coast Stadium on 1st June,2022 before taking on Central African Republic on the 5th June,2022.

Partey was the hero for Ghana during the  2022 FIFA World Cup play offs  in March as he squad the decisive goal that took  Ghana to the Qatar 2022 World Cup against Nigeria during the second  leg at the Moshood Abiola  Stadium.

His coach Mikel Arteta had revealed that no return date had been set for the player who has suffered the injury in a similar position in his previous injury.

Partey has since the injury missed Arsenal's game against Brighton and Hove Albion, Southampton, Chelsea, Manchester United, West Ham among others.

He was expected to be out of action for a least six weeks but the Ghanaian was seen hitting the gym on a thread mill.