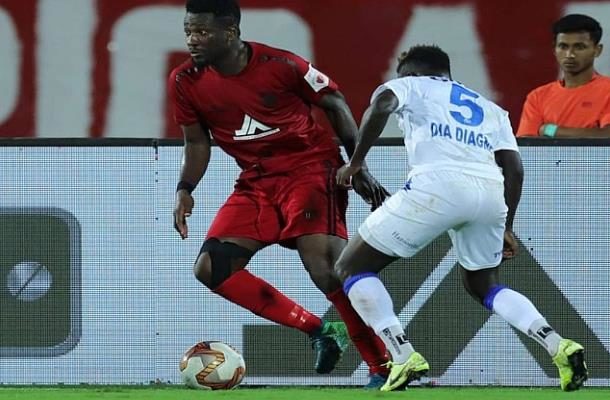 The 33 year old veteran started his team's match day four fixture in the Indian Super League but picked up an injury after hurting his groin.

Despite several attempts to play through the pain barrier it was unbearable in the 55th minute and had to be duly substituted.

Ghana's record goal scorer has been finding the net with ease and comfort after netting twice in the four games he has played so far.

It remains unclear how long the striker will sit out of games for his team NorthEast United.

NorthEast are top of the ISL with eighth points from four games, and will next play host to Mumbai City FC at the Indira Gandhi Athletic Stadium on November 27.

They will have to do battle without their new found hero Asamoah Gyan as he rocvers.