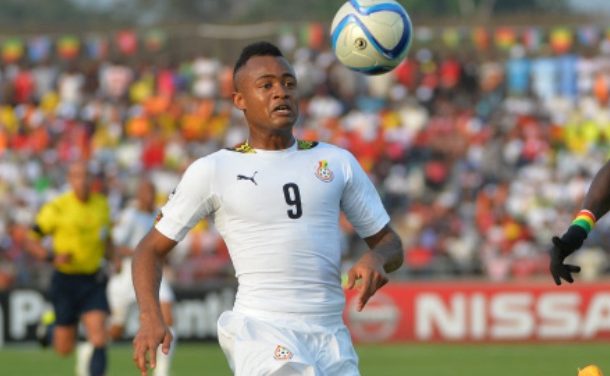 The coach of Saudi Arabia has a penchant for winning the African Cup of Nations crown with cheeky ease having won two titles with Zambia and Ivory Coast.

The man with the magic wand for winning the AFCON title says that Jordan Ayew is the future of the Black Stars as Asamoah Gyan is the past.

Jordan Ayew and Renard worked briefly in France when the AFCON expert tried his hand on club football with the Sochaux job but it ended in tears.

The son of the legendary Abedi Pele has been capped 61 times since making his debut for Ghana in 2010 scoring 17 goals.

Renard has touted the qualities and potential of Jordan Ayew to lead the Black Stars as Asamoah Gyan fades into oblivion.

“Asamoah Gyan is the past and Jordan Ayew is the future. He is improving and he is working very hard. It is not easy to play in the Premier League and he is doing his best.

He does not talk a lot but he is very clever and I like his spirit. He is in my heart and I see him as a son among the Black Stars players.”he told TV3’s Juliet Bawuah in a Twitter interview on Saturday.

Jordan Ayew has been harshly criticized by most fans of the Black Stars for his seeming lackadaisical attitude and non performance but since the 2019 AFCON he seem to have won a lot of admirers with his performance.