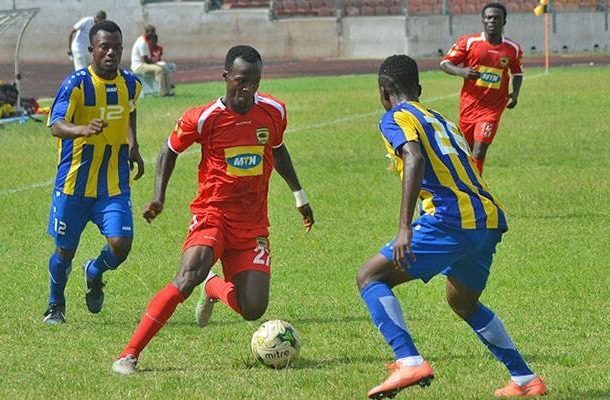 Asante Kotoko have announced the termination of Striker Mawuli Osei‘s contract after failing to impress since joining the club at the beginning of the season.

In a statement released on the club’s official page on Twitter this afternoon, Kotoko confirmed Osei as the latest player to be deemed surplus to requirements.

The Porcupine Warriors have been on a massive clear out after terminating the contract of three players including Frank Sarfo Gyamfi, Edwin Tuffuor and Eric Donkor.

Striker Sadick Adams and defender Seth Opare have also been transfer-listed amid a purple patchy campaign this season.

The Ghanaian powerhouse are on a hunt for replacement for the departing players as pressure continues to mount on Executive Board chairman Dr Kwake Kyei.