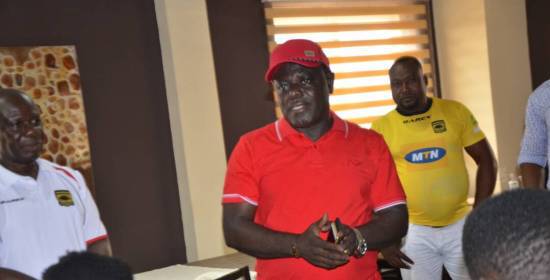 Executive Chairman of Asante Kotoko Dr. Kwame Kyei is set to hold a first meeting with the newly instituted management of the club on Thursday.

Dr. Kyei named an 11 member new management team on Tuesday after dissolving the old team on the same day.

According to sources close to the record Ghana Premier League champions, the meeting will be chaired by the Dr. Kwame Kyei for official introduction of the new management members to the players and technical team.

The new management team will visit the club's Adako Jachie training grounds to inspect the facilities as well as interact with some key players of the club as Dr. Kyei rolls out his vision for Africa's club of the century.

Dr. Kyei was reportedly unhappy with the previous management team hence the formation of the new team.

The Porcupine Warriors have not fared poorly in the first round of the Zylofon Cash Premier League but have also not been convincing either.

The Executive Chairman Dr. Kwame Kyei is taking advantage of the halt in the Ghana Premier League to restructure the administration of the club.