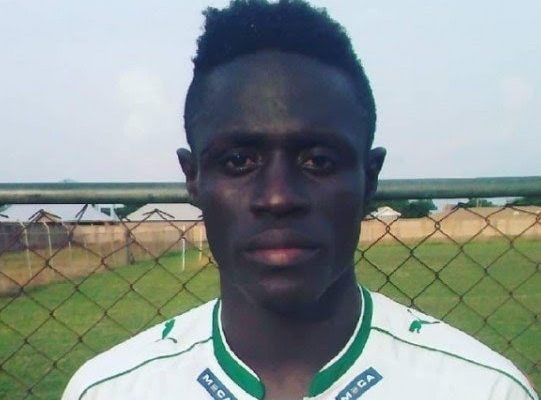 Multiple Reports from the camp of Asante Kotoko indicate that attacker, Kwame Poku has completed his much-talked about move to the Porcupine Warriors.

The former Nkoranza Warriors SC forward signed a three-year deal with the Ghana Premier League giants as the side hope to conquer Ghana and the Continent.

The young but mobile attacker arrived in the nation's capital, Accra over the weekend before joining the reds to their based in Kumasi following their 2-1 win over fierce rivals Hearts  of Oak in the Super clash.

The inclusion of the 20-year old is expected to add more power to the front line of the Reds, as they get shape in the Domestic league, having beaten Hearts of Oak SC 2-1 at the Accra Sports Stadium in match day six.

The deadly goal poacher went on months of trails in Europe but has returned with his goal scoring boot to Asante Kotoko where he is expected to lead the line in the absence of Songne Yacouba.

Poku, in the NC Special Competition impressed spectators during his spell for Nkoranza Warriors SC after netting ten goals in the Tier II.

He was named in the Black Satellites team for the CAF U-20 cup of nations last year but had to be dropped at the eleventh hour.