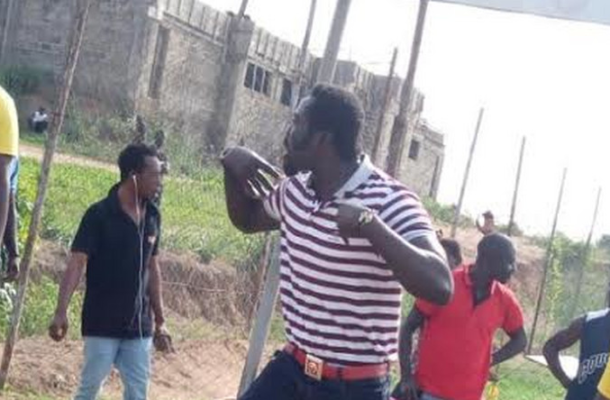 Kotoko have disassociated themselves from supporter, "Siedu", over things he says in the media concerning the club and its operative.

A statement signed by the Director of Communications, Samuel Sarfo Duku (Esq), on Tuesday says ‘Seidu’ is a mere supporter, whose claims about the club should not be regarded as official information.

“The Executive Chairman, Dr. Kwame Kyei, and the management of Kotoko wishes to disassociate itself from supporter, "Seidu" over things he says in the media concerning the club and its operatives,” the statement said.

“Seidu, as he is known in Kotoko circles, is a supporter and not an official of the club and as a result, his claims should not be consumed as official communication from the club.”

Sarfo Duku (Esq) says it is ‘erroneous’ for “Seidu” to portray himself as a Kotoko official, stressing that media houses which source him for news and information on the club do so at their own risk.

“In as much as we consider him as an ardent supporter of the club, we do also state, bluntly, that the impression created that he is close and/or part of authority and has inside information by extension, is erroneous,” the statement stressed.

“Consequently, media houses that depend on him for information on the club and/or consider his claims as newsworthy must know that they are soliciting personal views and not that of the club,” concludes the statement.