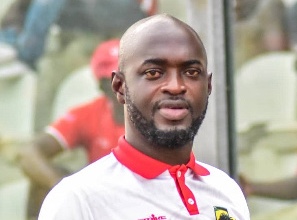 Chibsah, who is the agent that brooked the deal for Kwame Bonsu’s transfer to Esperance Sportive de Tunis has denied any wrongdoing for the refusal of the Tunisian club to pay the transfer fee of $150k to Asante Kotoko by revisiting an old case with the Porcupines.

Responding to this on Joy FM, Boakye Ansah said” After the transfer of Kwame Bonsu, we told Chibsah based on our experience with the North Africa teams that If we don’t receive our money we will hold him accountable for that so he had to sign an undertaken before we release the ITC which he did at the Kotoko Secretariat.”

“So, I’m extremely surprised seeing a viral video of him and I ask myself the essence of that video and his motivation behind it because we can solve it amicably. For me the video he did was needless and probably he was trying to get public sympathy,” said Kennedy Boakye Ansah.

“At least I didn’t know there was a debt of US$ 180,000 that Kotoko was supposed to settle with Esperance and that’s why all this issue is up,” the former Kotoko captain revealed in a Facebook video.