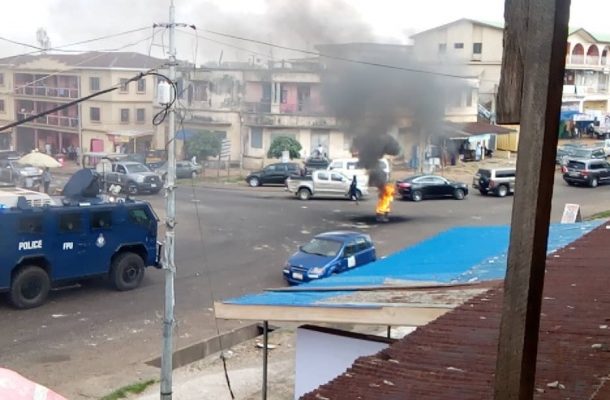 The Independent Committee set up to investigate the killings of seven young men at Manso Nkwanta in Asawase, a suburb of Kumasi in the Ashanti Region has submitted its report to the Vice President Dr Mahamudu Bawumia.

The report was submitted to Dr Bawumia on Wednesday 26th September 2018.

A statement signed by Alhaji Abu-Bakar Saddique Boniface, Minister of State at the Office of the Vice President, indicated that the report has been forwarded to the Attorney General for study and advice.

The setting up of the Independent Committee was necessitated by the differing versions of the circumstances leading to the shooting and killing of the seven by the police.

“Government wishes to have the matter resolved in as short a time as possible. We wish to once again express our condolences to the bereaved families, and to assure that no effort will be spared to bring closure to this unfortunate incident,” the statement said.

The police on July 17 shot to death the seven young men on suspicion that they were criminals, a claim their families strenuously rejected.

The deceased who were recently buried, according to the Ashanti Regional Police Commander DCOP Akwasi Duku were believed to have killed L/Cpl Daniel Tieku attached to the SWAT unit and wounded L/Cpl Eric Nsiah.

That led to the erupted of violence with irate youth disrupting a meeting between the Inspector General of Police, David Asante-Apeatu, the Interior Minister, Zongo development Minister and the leadership of the Zongo youth in Asawase, necessitating the setting up of the Independent Committee to investigate the circumstances leading to the killings.