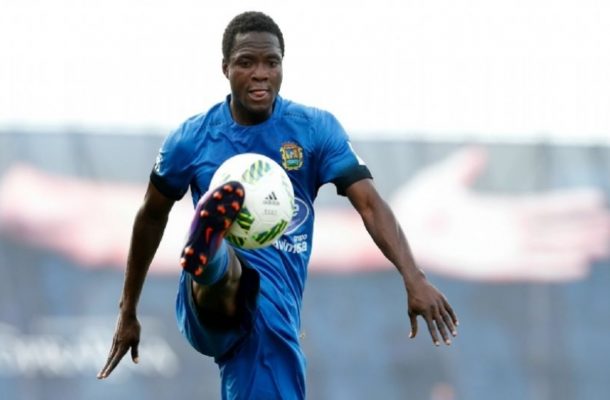 Ashanti Gold SC have beaten rivals Asante Kotoko for the services of midfielder Yaw Annor from Bechem United ahead of their campaign next season.

Reports in the local media suggest that the talented winger has officially joined the Obuasi based club in the ongoing transfer window.

The 22-year-old inked a three-year deal with the Miners lads at the office of the club's Bankroller Dr. Kwaku Frimpong on Tuesday according to Kumasi FM.

The reported transfer fee is around the region of Gh¢ 30,000.

Annor was billed to join Asante Kotoko after his spells at Spanish third-tier club CF Fuenlabrada and Bechem United.

Management of Asante Kotoko refused to hand him a contract after a one week observation under their former Coach Kjetil Zachariassen.

Asante Kotoko rekindled their interest in signing the 22-year-old after an impressive performance for Bechem United in the truncated 2019/20 Ghana Premier League season.

He made 13 appearances for Bechem United on his return from Fuenlabrada last year.

He joined CF Fuenlabrada in 2017 from Bechem United after his explosive output which helped them to clinch the MTN FA Cup.

At CF Fuenlabrada, he netted three goals in 31 matches before he was loaned out to lower-tier side Burgos CF where he scored twice in 20 appearances.

Annor was adjudged the 2016 MTN FA Cup best player after his side Bechem United defeated Okwahu United in the final at the Cape Coast Sports Stadium.