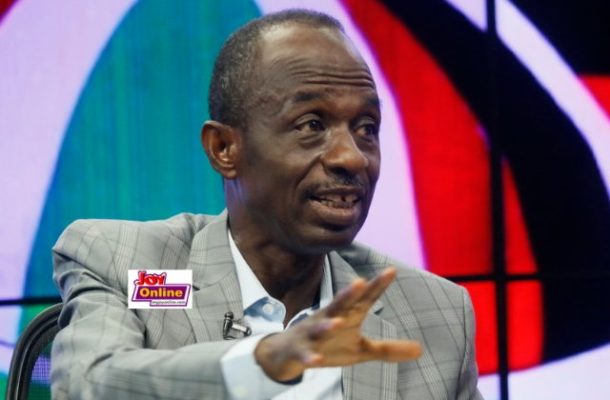 The General Secretary of the opposition National Democratic Congress (NDC) has downplayed the effectiveness the newly Vigilantism and Related Offences Bill passed by Parliament.

Johnson Asiedu Nketia  says while Parliament may have passed the bill with some expectations, he is hesitant in believing the law will make any impact.
He has cast doubts on the approach being adopted in the fight against political party militias, saying it lack "sufficient analysis".

“It will not yield the anticipated results," he said.

"Problem-solving begins with the identification of the problem…in this particular case, I don’t think that sufficient analysis of the vigilante situation has taken place.

“And if the problem has not been analyzed properly, I am not sure that we have concluded that the cause of the problem is the absence of sufficient legislation to deal with it,” he told Joy News’ Kwesi Parker Wilson in an interview.

Parliament on Monday passed the Vigilantism and Related Offences Bill, 2019 into law.

The purpose of the law is to disband political party vigilante groups and forbid acts of vigilantism in the country, following the continuous violence that has characterised the country’s by-elections.

Attorney-General, Gloria Akuffo sent the Bill to Parliament on April 11.

It also applies to persons who act as land guards and those who engage in other acts of vigilantism.

Member of Parliament on both sides of the House unanimously approved the bill but Mr Asiedu Nketia appears to suggest that they did it because they had no choice.

“We asked the MPs not to resist because their resistance will not prevent the bill from being passed in the first place. And the type of propaganda government is making as if the passage of the bill is the solution to the vigilantism problem.

“We want the bill to be passed for government to be proven wrong because we’ve said everything we have to say by submitting memoranda, reminding government that that is the wrong way to approach the problem,” he said.

Mr Nketia is convinced the law will not yield much because every provision in it already exists in another piece of legislation.

If it has been impossible to enforce those already existing laws, then passing a new one to add up to those will change nothing, he said.

He believes the party militia menace has persisted because political will needed for the implementation the old laws is lacking.

“This government should demonstrate the commitment to the fight against vigilantism. The events that happened at Ayawaso West Wuogon, don’t we have sufficient laws in Ghana against citizens taking guns and shooting other citizens?

“What has happened after that shooting? So why do you think that the new law can get out of the shelf and arrest people? The law will just be passed, the propaganda will be made around it but it will contribute nothing towards the fight against vigilantism,” he stressed.

The only thing that can change the situation, for him, will be a renewed commitment on the part of government to fight vigilantism.