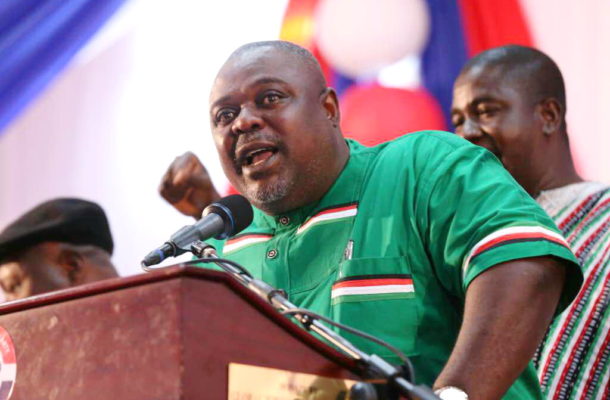 Former Deputy General Secretary of the National Democratic Congress (NDC), Samuel Koku Anyidoho, has described his former boss, Johnson Asiedu Nketiah, as a parasite who has outlived his parasitic usefulness.

According to him, the current general secretary of the NDC cannot consider himself "one of the true owners of NDC" despite serving the party for some decades now.

Although it is unclear what may have sparked the outburst of the founder of the Atta Mills Institute, ardent observers of Ghana's political space have attributed it to the current feud with the chief scribe of the NDC over his suspension.

The NDC in February this year suspended Samuel Koku Anyidoho.

Johnson Asiedu Nketiah, in a letter dated February 8, 2021, said the Functional Executive Committee of the party met on January 20, 2021, to consider two petitions brought against the Chief Executive Officer of the Atta Mills Institute by members of the party.

He explained that the two petitioners lodged an official complaint against his former deputy, "which is viewed in breach of the party's disciplinary code for its members as contained in the NDC constitution."

Johnson Asiedu Nketia indicated that after deliberations on the petition, the party decided to suspend Koku Anyidoho based on Articles 46(1), 46(6) and 46(8)(b) of the party's constitution.

But in an Accra-based Okay FM interview, Samuel Koku Anyidoho rubbished the suspension from the party, insisting his membership was not in doubt.

"Nothing has happened to me in the NDC...I have not received any letter of suspension. I am saying that they are bluffing...I am saying that the NDC belongs to all of us. As I speak to you today, let me state unequivocally that nobody can push me out of the NDC. Let anybody dare to push me out of the NDC, and we will see what will happen. God forbid that through me, Koku Anyidoho, that the NDC will be destroyed. In the same vein, God forbid that I, Koku Anyidoho, will do something to destroy Ghana's democracy. I work for this Republic, I work for this nation, and my membership of the NDC is not in doubt," he said.
Source: Ghanaweb.com