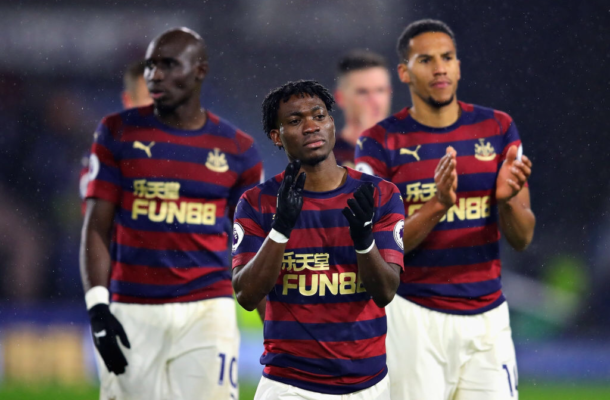 Newcastle United’s Christian Atsu has certainly dived opinion during his time at St James’ Park and has doubters over his overall ability.

The 26-year-old first moved to the Magpies on loan from Chelsea for the season they clinched Championship promotion, before joining on a permanent basis for £6million (Guardian) in 2017.

He is a left-winger with his blistering pace and trickery, but a key area of weakness would have to be in his end product.

The Ghana internatonal has been directly involved in 12 goals in 76 Newcastle games and that has to be a large reason behind why he’s not considered a permanent starter in Rafael Benitez’s side.
But Atsu is enjoying a slight upturn in form over the last couple of weeks and has started three consecutive Premier League fixtures for the first time this season.

Atsu has looked much more like his usual self with some direct wing play and is injecting a spark in the final third.

His work-rate is never usually under question and he carries out his defensive work well, something he did in the hard-fought 1-0 away win over Huddersfield at the weekend.

Atsu is still waiting for his first goal or assist this season though and unfortunately doubters are unlikely to go away until he fixes that problem.
-tbrfootball