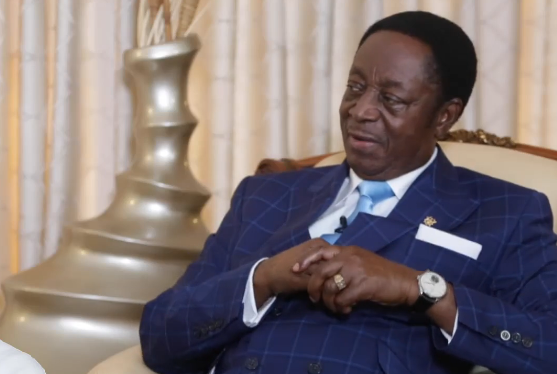 Former Finance Minister, Dr. Kwabena Duffuor says no amount of insults will stop him from carrying on with his “Ahotor Project”.

The ‘Ahotor Project’ according to Dr. Duffuor is aimed at empowering members of the opposition National Democratic Congress (NDC) across the country.

General Secretary of the NDC, Johnson Asiedu Nketiah last week questioned the purpose of the project and accused Dr. Duffuor of not involving the party leadership.

But Dr. Duffuor says nothing will stop him from helping the party.


“No amount of insults and attacks will stop me from doing what I want to do. Nothing at all. I am not the talking type. That’s not my nature. I just want to help to strengthen the party. Let’s get together and help one other.”

He said the party feels betrayed by the recent donation of equipment to some constituencies in the Ashanti Region by the former Minister, who has flagbearer ambitions for the NDC.

“We just picked information from Kumasi that Dr. Duffuor is going to distribute some equipment in some constituencies, and we feel very betrayed. It is not a bad thing if a former Minister wants to support the party, but there is a process you go through. He is not the first to donate to this party.”

“We feel we have been misled into receiving the donation. If Dr. Duffuor intends to make a genuine donation to the party, he should pass through the proper channels.”

Recently, the Ahotor project team indicated that it was still awaiting clarity from the NDC (NDC) leadership on the relaunch of the project.

The project was subsequently relaunched at the NDC headquarters in Accra in June 2022.

While launching the initiative, Dr Duffuor said the Ahotor Project has been designed in such a way that, each constituency will receive accessories, logistics, and equipment worth GH¢30,000 to enable them run their administrations smoothly.