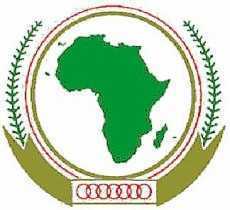 The African Union has condemned the extension of the term of Somalia’s President Mohamed Abdullahi Farmajo and is sending a special envoy to Mogadishu to help resolve the political impasse there.

The AU’s Peace and Security Council made the announcement after hours of closed-door meeting where it also resolved to mediate the crisis.

A communique issued after the session on Thursday urged all parties in the country to "immediately resume dialogue on the basis of the September 2020 Agreement".

[The AU council] calls on all Somali political leaders to exercise maximum restraint and refrain from any actions that may lead to an escalation of tensions and further undermine the stability of Somalia, the Horn of Africa region and the continent,” it further said.

The agreement, signed by Somalia's federal government and regional leaders as well as opposition parties, offered a road map to holding free and fair elections.

Last week, Mr Farmajo controversially approved an extension of his term in office by two years but the move has been criticised by major world powers including the United States and Britain, the United Nations and the European Union

“The September 2020 Agreement remains the basis and the most viable path towards the holding of timely, transparent and credible elections in Somalia,” read part of the resolutions.

The AU council also held a closed-door session on the situation in Chad but there was no immediate resolution issued as heads of states began arriving in the country for the burial of President Idris Déby.