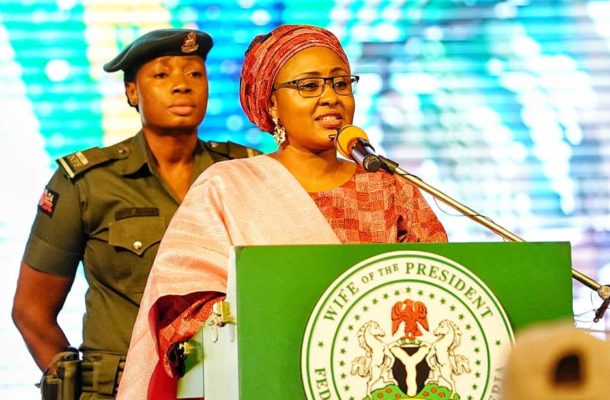 First lady of Nigeria, Aisha Buhari has said it is not her duty to confirm or deny the rumour that her husband, President Muhammadu Buhari was planning to get married to another wife.

She told BBC Hausa that the responsibility to confirm or deny the rumour was that of those involved in the matter.

Aisha Buhari also called for urgent action against the menace of fake news.

The social media was abuzz last weekend with news that President Buhari was to get married to one of his ministers.