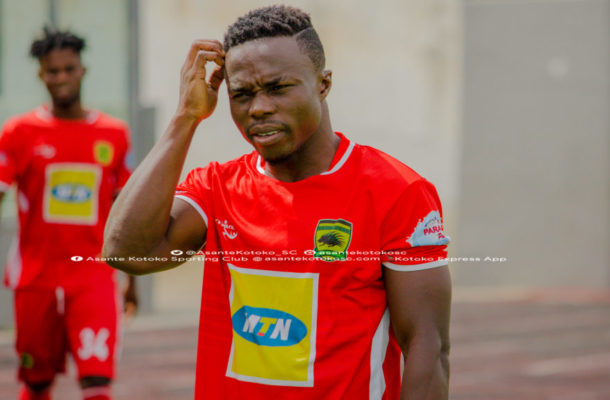 One player who appears to have gotten himself in the good books of Asante Kotoko coach is Augustine Okrah.

Since rejoining Kotoko, Okrah has failed to hit the sweet form he showed at Bechem United before beginning on his sojourn.

But it appears the winger is finding his feet under the tutelage of former Black Stars coach Mariano Barreto as the coach has showered the twinkle toed Okrah some plaudits.

Barreto says that Okrah is one of the best players in the Ghana Premier League and also on the African continent.

“He is one of the best players in the Ghana Premier League, his name is Augustine Okrah”

Okrah's contract is due to expire at the end of the season but the Portugues trainer has instructed management of the team to tie him down to a long term contract.