Away! away! - Akufo-Addo booed on stage at Global Citizen festival in Accra 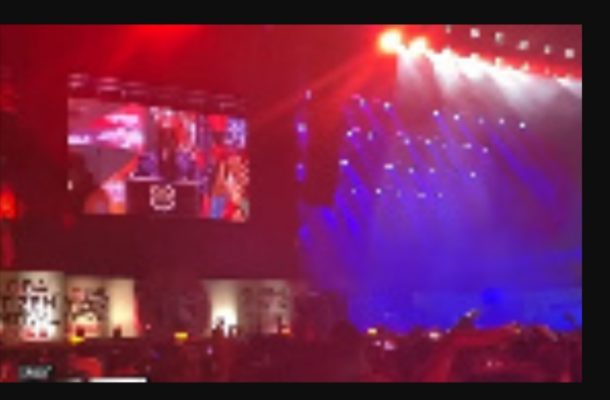 President Nana Addo Dankwa Akufo-Addo was booed whiles on stage at a global entertainment event held at the Black Star Square in Accra.

Thousands of patrons were at the venue to witness the Global Citizen Festival which had a number of local and international artistes performing.

When it was the turn of the President to make his presentation, a section of the crowd began clapping and chanting 'away, away..."

"The whole world is in Ghana today," the president is heard saying in a video sighted by GhanaWeb amid the 'away, away,' chants.

The chants subsided and the president continued through with his remarks from the brightly lit stage.

There has been huge social media reactions to the incident especially with Twitter users making fun of the incident.

About the Global Citizen group and its festival

The voices of millions of Global Citizens around the world are driving lasting change towards sustainability, equality, and humanity by taking action every day.

The Global Citizen Festival started as a music festival where fans take actions to end extreme poverty in order to earn free tickets to attend.

Watch how the booing started: