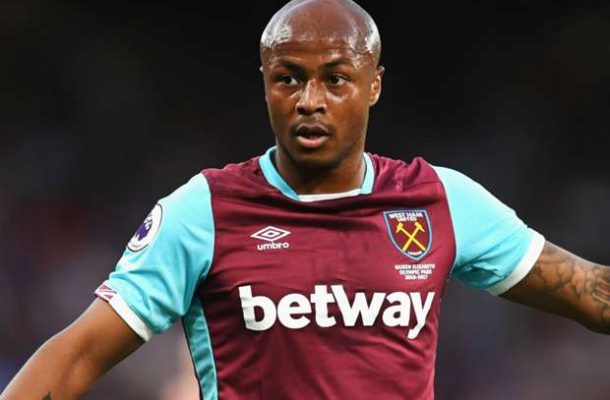 Ghana international Andre Ayew watched the entire game on the bench as West Ham fought back to record a narrow 2-1 victory over West Brom on Tuesday.

Ayew was dropped to the bench with David Moyes favoring the attacking trio of Lanzini, Arnautovic and Andrew Carroll.

The Baggies raced to a 1-0 lead at the London Stadium courtesy of James McClean’s 30th minute strike.

The Hammers staged a second half come-back with Andrew Carroll heading home the equaliser in the 59th minute after Aaron Cresswell produced a beautiful lofted cross into the box.

West Ham were not prepared to settle for a draw and their efforts payed off in the 94th minute of stoppage time when Carroll again showed great composure in the box to slot home the winner.

The victory takes West Ham up to 16th on the league standings, taking some pressure off in the battle to survive the drop.