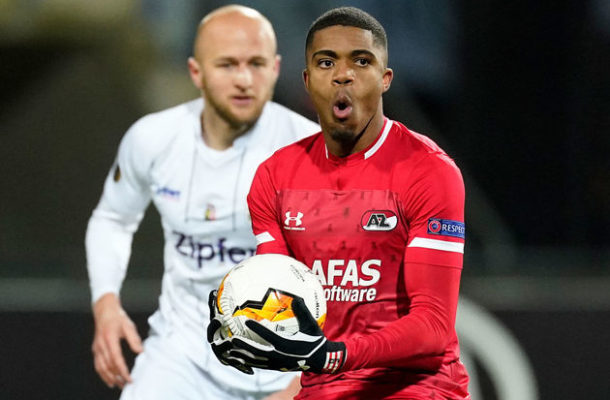 Dutch side AZ Alkmaar have announced a £20m target price on  Myron Boadu as many European have shown interest in the Ghanaian-born striker.

Newcastle United are reported to be keeping tabs on the 19-year-old, as the Dutch forward continues to impress in the Eredivisie.

AZ wants to transfer that prize to a transfer anyway, but the club management thinks it can increase the price by playing off the interested parties against each other. Given the growing interest, that is certainly possible, According to Fichajes.

Italian giant  Juventus is an option for Boadu, but clubs such as Arsenal and Seville are also seen as candidates to incorporate the AZ striker. However, it is up to the Oranje-international himself to determine whether he is ready for abroad. A domestic transfer to Ajax is also possible. The striker has shown a real clinical edge for Alkmaar this season, and his goals have lifted them to within six points of league leaders Ajax.

He is enjoying a breakthrough season for Alkmaar, and he has already notched 13 goals for the side sitting second in the table.

The 19-year-old is the joint-third highest scorer in the division, and he currently boasts an impressive average of a goal every 136 minutes.