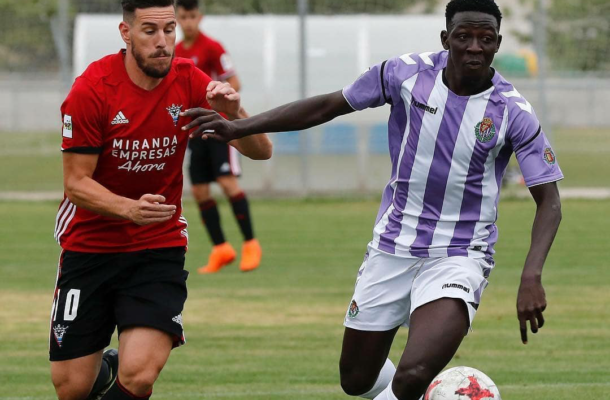 Free agent Ghanaian midfielder Baba Alhassan is inching closer to signing a contract with Romanian side FC Hermannstadt, according to multiple reports.

The 20 year old Ghanaian has been a free agent since leaving Spanish La Liga side Real Valladolid.

He played for the Real Valladolid B but failed to renew his contract when it expired in July last year.

The player is expected to sign a deal with his new side when he passes a mandatory medical examination in the coming days.

Baba Alhassan is from the stables of the famous Nkawkaw based African Talent Academy, the same academy which produced Southampton defender Mohammed Salisu who also played for Real Valladolid.