Baba Rahman reveals how he nearly quit playing football in 2019 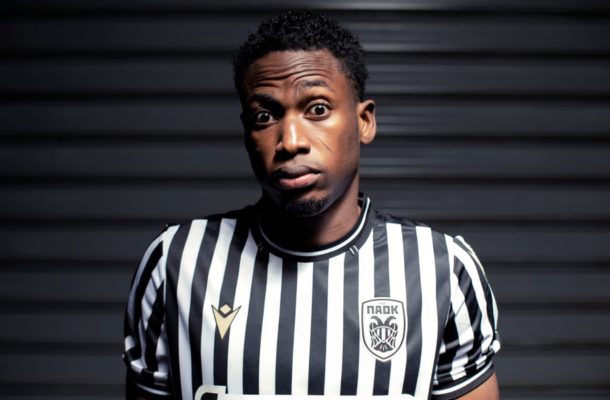 It has not been all rosy and smooth sailing for Ghana and Chelsea left back Baba Abdul Rahman following his move from German side Augsburg to Chelsea.

His time with the blues has been blighted by niggling and career threatening injuries.

But it all came to a head when somewhere in 2019, the former Dreams FC, Asante Kotoko left back decided to call it a day and hang up his boots for good as injuries had restricted him in his career.

In an interview with FootballMadeinGhana.com (FMIG), the PAOK Salonika full back revealed that he nearly quit playing football due to the incessant injuries.

As if the injury woes not enough for the 26year old, he has embarked on multiple loan spells from his parents club Chelsea since he was bought in 2015 with moves to Schalke 04, Real Mallorca,Stade Reims among others.

In 2017, Baba Rahman suffered a career threatening Anterior Cruciate ligament injury while playing for Ghana at the 2017 AFCON.

“It was 2019. I just wanted to stop when I first heard the news about my injury. That was the first time I slept early in my life,” Baba Rahman told FMIG

“Normally, I take time before retiring to bed but when I heard the news, I passed out after just under five minutes.

“I wanted to call it quit but after making some calls and putting some things into consideration I felt like I still I had a chance. I feel it like I could still be on the pitch doing what I love most.”

Baba Rahman who has now become a journeyman due to Chelsea's loan policy is now playing for Greek side PAOK Salonika where he has made 5 appearances scoring once.

He has 31 caps for the Black Stars.