Baba Yara Stadium to be ready by the end of March 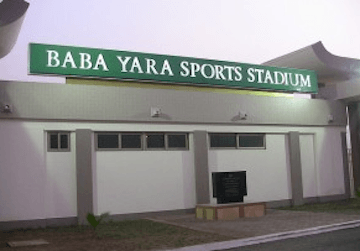 Kumasi Asante will soon breathe a sigh of relief as the renovation works being done at the  Baba Yara Stadium is set to be completed by the end of March.

This was revealed by the Director General of the National Sports Authority (NSA), Professor Peter Twumasi.

The facility has been closed down since February 2020 for renovation works to be carried out at the stadium.

Since the closure of the stadium, Kotoko have adopted the Accra Sports Stadium as their grounds for league and continental games something which has adversely cost the club economically as they always have to commute between Kumasi and Accra for their home matches.

According to the CEO, their adopted home grounds has not helped their cause and is appealing to the government to make the Baba Yara Stadium ready for use as soon as possible.

“We are hoping by the end of March the job will be completed and handed over to the NSA”, he NSA boss told Happy FM.

“The major problem was the pitch and that has been worked on. Since 2007 no renovation work had been done but now it has been done. The pitch has been rolled out and we are waiting for the grass to grow and get better. The seats have all been put in place, the floodlights, scoreboard, tartans tracks are already”.

“The contract was a one-year contract and we are hoping by March ending the contractor should be done. We are pleading with Kotoko to be patient with us. The work will be completed soon”, he added.