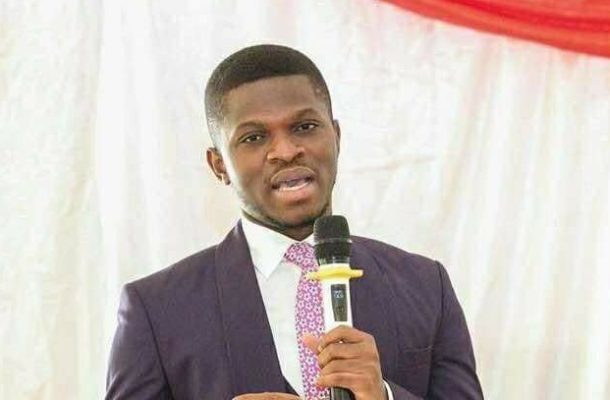 Communication chief of the National Democratic Congress (NDC), Sammy Gyamfi Esq. has referred to the party's parliamentary leaders as hypocrites.

Taking to his Facebook page, the obviously aggrieved Sammy Gyamfi opined that time was up for the party to make the right changes in the leadership of the NDC group in parliament.

One can tell his attacking words come in the wake of the voting for the confirmation or otherwise of some vetted ministers designate.

It turned out after the voting that all three sailed through and now duly confirmed.

Sammy Gyamfi Esq, however, believes the party representatives did no good to the party for voting for the very candidates that were rejected by the Committee.

He has since labeled them as a bunch of hypocrite leaders who are only interested in their selfish gains and not the NDC party at large.

Below is the full details of what he wrote:

Comrades, the betrayal we have suffered in the hands of the Speaker of Parliament, Rt. Hon. Alban Bagbin, the leadership of our Parliamentary group, particularly Hon. Haruna Iddrissu and Hon. Muntaka Mubarak, and dozens of our own MPs, is what strengthens me to work hard for the great NDC to regain power.

They brazenly defied the leadership of the party and betrayed the collective good for their selfish interest. And we, must not let them succeed in their parochial quest to destroy the NDC, the party that has done so much for them and all of us. The shame they have brought on the party will forever hang like an albatross around their necks.

These are hard times for all
of us but we should not let the betrayal of a few quench our love for the great NDC. Rather, let it strengthen us to fight for this party. We all have an equal stake in this party. They are few, we are many. Some have sold their conscience but ours is intact. And we, can work together to rebuild the party from the ashes of 3rd March, 2021, which I call “Black Wednesday ”- Our day of self-inflicted shame.

This is the time for us to insist on the right changes in the leadership of the NDC group in Parliament or forget about them completely. The current leadership have lost their moral authority to lead and are not fit to sit on the front bench of the NDC side of the house. More importantly, it’s about time we understood, that we don’t have any NDC Speaker of Parliament. No we don’t! We have a Speaker who rode on the back of the NDC into Office to pursue his own parochial agenda and nothing more. You trust them, at your own peril.

The hypocrites can choose to remain quiet or even condemn us for speaking up, so they can remain in the good books of the renegades. But I and all who are pained by this act of betrayal will not keep quiet, because we don’t fear anyone and don’t wish to be in their good books. If they can defy the party leadership and interest openly and subject all of us to public ridicule, then they can and must also be called out openly. The NDC party is supreme and it must be cleansed.

Speak up, we can and must! And let nobody stand in our way. But, when all is said and done, let’s work for the NDC with all our might and strength. Quench not your love for the party. Hope must not die. This storm shall pass. The NDC will survive and shall bounce back stronger for victory. So I say to you, be strong!