Ban importation of rice now not 2022 – Peasant Farmers to Govt 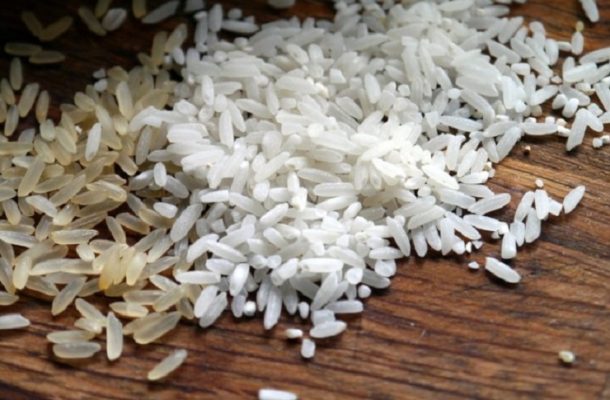 Members of the Peasant Farmers Association of Ghana have charged government to implement the ban on the importation of rice n and not wait till 2022.

President of the Peasant Farmers Association of Ghana, Abdul Rahman Mohammed, speaking at the 2019 annual general meeting of the association in Takoradi, said the local rice farmers have produced enough rice to meet the local demand and even surplus for export.

He therefore does not see the need for government to wait till 2022 before implementing the Ban.

Government has announced that it is planning to ban the importation of rice by 2022 to boost local rice production.

Deputy Minister of Food and Agriculture, Kennedy Osei Nyarko who gave the hint, said the move is to reverse the significant quantity of foreign rice consumed by Ghanaians.

Mr. Rahman believes a ban will also address the challenge of post-harvest losses.

In the meantime, he has appealed to government to direct the National Food Buffer Stock Company to mop up the excess rice and encourage rice importers to buy Ghana rice. Mr. Rahman, enumerating their other challenges mentioned access to funds from banks, lack of warehouses to store their products among several others.

The National Youth Representative of the Association, Mugiss Badigamsi Abdul bemoaned the fact that many of the youth are deserting agriculture due to factors such as fertilizer smuggling, lack of ready market to buy their produce, land availability and access to mechanization services which he wants government to address.

Western regional minister Kobina Okyere Darko Mensah in his address said government has initiated a lot of interventions for farmers and is putting up measures to construct more warehouses, silos and pack houses in all districts to control post-harvest losses.

The association which was formed in 2005 with a mission to advocate for pro poor agricultural and trade policies that would lift the small holder farmer out of poverty currently has a membership of over 1,527 and over 50,000 individual registered small-scale farmers in over 70 districts in the country.