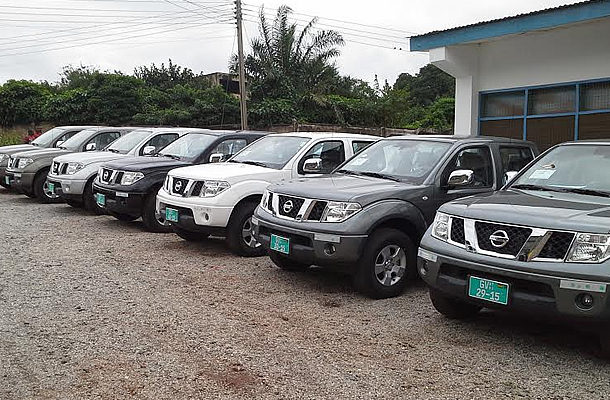 The Minister for Inner Cities and Zongo Development, Boniface Abubakar Saddique, has revealed that government has lifted the ban on the purchase of new vehicles on the Ministry.

According to him, the dispensation will enable his Ministry buy the necessary vehicles and other logistics to facilitate its work especially in the rural communities across the country.

President Akufo-Addo placed a moratorium on the purchase of new vehicles by Ministries, Departments and Agencies (MDAs) in March 2017.

A letter written by the Chief of Staff, Akosua Frema Osei-Opare, dated March 21 said the ban holds until further notice.

“Beginning I felt a bit frustrated because for the whole of last year we could get anything substantial to operate on but this year the budget came out with what will support us. Right now, we’re fighting to get logistics. You’ll remember that there was an embargo on securing new cars, but as a new Ministry that embargo has been lifted on us. We have been given authority to buy vehicles, we’re buying pickups that will send my people down to the rural areas and be able to know what is actually going on, not luxury cars. We’re grateful to the President and the Chief of Staff for giving us that release.”


Boniface Abubakar Saddique also disclosed that the account for the much touted Zongo Development fund will be ready in two weeks to make way for the development of Zongo communities across the country.

According to him, all impediments have been cleared for the government’s promise to Zongo communities to be implemented in the coming weeks.

“For the past 18 months, we’ve been putting the Ministry together. We have been doing consultations and bill creation. We got our Bill passed into an Act on January 1,2018. The Zongo Development Fund Secretariat has been established. The board was inaugurated about a month ago. Before the Secretariat was put in place, the Ministry was working. We have the rehabilitation of schools ongoing. Some schools in Salaga, Yendi among others are been rehabilitated as we speak. Some drains are being worked on. Per the appropriation we were given GHC100M for the whole year. GHC17M is to be released to us in the first quarter. In principle, the cash has been released.”


He emphasized: “For every project we embark on, we create not less than 3000 jobs. Within 2 weeks, the Zongo Development Fund Account should be created after the necessary establishments are done”.