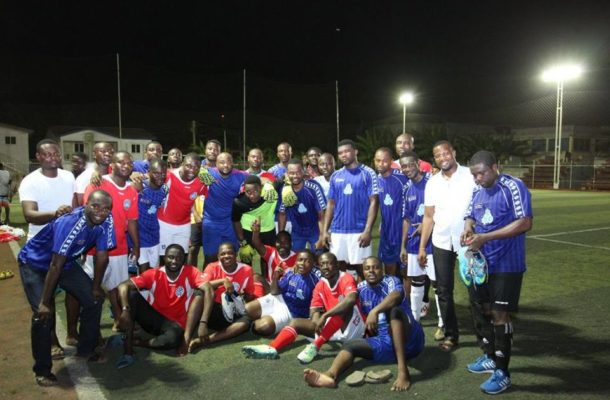 The first edition of the BFL Bankers League is gradually heating up with some spectacular performance from persons who hither to had nothing to do with the game of football, Bankers.

The league which kicked off on March 24 this year has so far seen each of the four participating Financial institutions play three games in the first round.

With three more games to play, National Investment Bank (NIB) and Stanbic have made huge statements of intent with both banks recording two wins and a draw and are currently lying first and second on the league log respectively.

HFC follow in third following their 2-0 win over bottom of the table side Access Bank in the last game of of the first round.

The second round of the BFL Bankers League will commence on Saturday April 28 with Access Bank taking on Stanbic before HFC face NIB on the same day.

The tournament will end of the 12th of May at the St Thomas Aquinas School in Accra where the winners winners will be presented with a Trophy, medals and products from sponsors, Gorilla Energy Drinks.