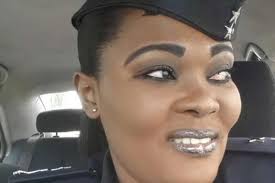 The Ashanti Regional Police Command, which has vowed to pursue the matter and ensure justice is served, has  however not ready to reveal the ages of the teenagers.

The Public Relations Officer of the Ashanti Regional Police Command, ASP Juliana Obeng, at a media briefing on the incident today [Monday], said the police had identified 4 accomplices who are currently at large.


“The command has arrested 3 suspects. The arrest of these suspects was made on Saturday, 16th December 2017 at their various homes at Bantama. The three suspects and their 4 accomplices who are currently at large are all students….Two of the 3 arrested are in SHS 1 and the other in JHS 3,” she said.

Many Ghanaians are enraged over a recent viral video in which about seven young boys, were seen forcibly having sex with the teenager.

In the video which has been in circulation on social media, the young boys were seen taking turns to sexually assault the helpless teenager.

Various civil society groups have already condemned the incident, and called on the police to take immediate action against the suspects.

ASP Juliana Obeng told the media that “all three suspects are currently in police custody assisting in police investigations, while efforts are being made to arrest the other 4.”

When did the incident happen?

The Police’s revelation that it carried out the arrest on Saturday, nearly two days before the video was circulated on social media, seems to suggest that the Police had gotten wind of the crime but had shielded it from public attention.

It therefore remains unclear when the actual incident happened.

Care for the victim

Sources say the victim is currently at the Komfo Anokye Teaching Hospital undergoing a medical examination.

ASP Juliana Obeng said the victim is cooperating with the Police in its investigation into the matter.