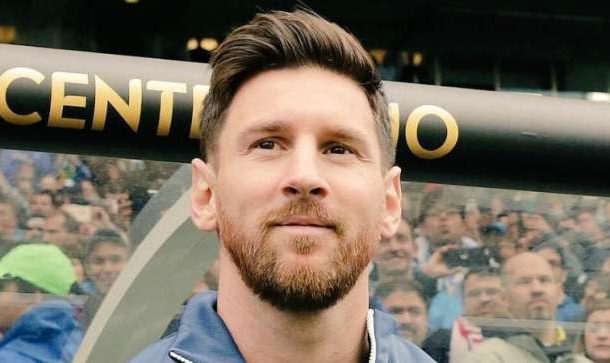 Barcelona star Lionel Messi seems to pop up everywhere during games, but it would seem that the attacker also has a habit of appearing unexpectedly even when he isn't playing football.

Visitors of the  Rijksmuseum in Amsterdam noticed a painting of a man bearing an uncanny resemblance to the Argentinean, in a supposed self portrait drawn by  Dutch artist Adriaen Van der Werff.

Van der Werff was born near Rotterdam in 1659, over 350 years ago, and was a  recognised painter, sculptor and architect.

It is said that he was 40 years old when he made this work of art, but the likeness to the now 29-year-old Messi is very apparent.

Spanish paper  Dario Sport  report that several visitors have jokingly claimed Van der Werff must be Messi's ancestor, and that visits to the museum have spiked as a result of the discovery - apparently, art lovers are flocking in from high and wide to see if the current superstar really has his roots in Holland.