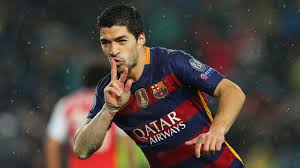 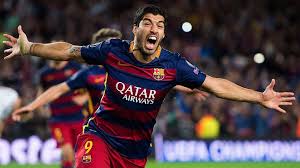 Barcelona’s prolific forward, Luis Suarez will in the coming weeks sit on the negotiation table with the clubs hierarchy to discuss a contract renewal.

It is reported that Barcelona are keen on tying him down until 2020. His current deal ends in 2019, but after just over two seasons at the club scoring 94 goals in just over a 100 appearances, winning several trophies including the UEFA Champions League. His work ethic and relationship with strike partners Messi and Neymar have been extraordinary.

It is no surprise that the Club is working out a contract extension. Talks between the player’s agents and Barça got underway before the summer and the club is clear that the Uruguayan must be compensated on the same economic level as his teammate Neymar, who extended his contract until 2021 just before the start of this season, earning 16 million Euros on his new terms.

This will in effect mean that Suarez will get a significant pay rise, he currently earns 10million Euros.
The new deal will see him move joint second with Neymar as the club’s top earners with Messi out in first earning 21.2 million Euros net.

Both parties are on the same page, so it’s not expected that the talks will drag on. Minus the final, small details, everything could be tied up soon.
Credit: Daraja Mutari