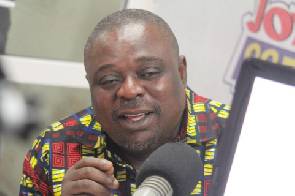 He observes that Bawumia has consistently failed to adhere to teachings of the Islamic fate and therefore has been seen by the genuine ones in Islam as a ‘fake’ one.

According to him, Bawumia is a disgrace to Muslims and the fraternity for allegedly peddling all manner falsehood even under oath during the Supreme Court ruling.

“Muslims in this country have disclosed he is a disgrace to them. It is even during the tenure of President Mahama he went to Mecca but still not living by the Islamic teachings because it is a known fact he goes about lying,” he added.

He told Kwame Adinkra on Abusua Nkomo; Dr Bawumia after denting his image following the lies he has been telling went on pilgrimage last year with the hope he will be accepted as a true Muslim.

“Kwame, he dented his image and ran to Mecca with the hope that when he comes, the Muslim community will accept him as genuine one, but at the right time the truth shall be revealed,” he concluded