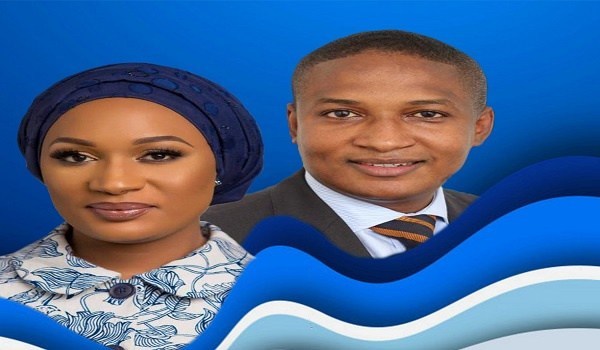 The brother of the Second Lady, Samira Bawumia was the parliamentary candidate for the Adentan constituency during the 2016 elections but lost the seat to New Patriotic Party (NPP)'s Yaw Boabeng Asamoah.

After losing the elections, many were of the views that Mr Ramadan was going to probably switch to her sister's party, only for him to pick up forms indicating he has never lost hope in the umbrella party.

The Adentan constituency, historically an NDC seat, seems to have one of the keenest contests and what many have described as a cat versus mouse affair.

Having earlier declared their intentions, and subsequently picked up their nomination forms, the other contenders include a former MCE of the constituency, Benjamin Angenu and former Gender Minister, Nana Oye Lithur.

Despite having three (3) aspirants, the constituency seems to be split between Nana Oye Lithur who many have tipped to eventually win the Adentan seat if given the nod and Adamu Ramadan who is looking for a shot at redemption having squashed the first opportunity given by the party delegates.

In submitting his nomination forms, Adamu Ramadan and his supporters begun their march from the Adentan barrier police station, all the way to the Adentan NDC constituency office where the forms were submitted to the constituency executives.

Speaking to the media on his motivation to re-contest, Mr. Ramadan highlighted his efforts towards building harmony within the Adentan constituency and also his likeable persona as a man of the common people.

“Adentan is my home, and I have served in the interest of its constituents for many years. I believe we have learnt our lessons from 2016 and we are ready to win the seat’’

However speaking to some delegates present at the party office they expressed concerns about the true allegiance of Mr. Ramadan, citing his closeness to the ruling NPP government as a major conflict of interest for many party faithful’s.