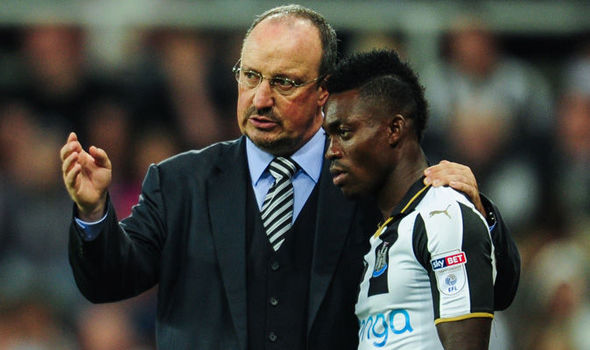 Newcastle’s manager Rafa Benitez has made clear the decision to drop Christian Atsu to the bench in their 1-0 defeat to Manchester City on Wednesday was a ‘tactical’ one.

Atsu was substituted on in the 71st minute for Rolando as Newcastle went in search of an equaliser but could not overturn Raheem Sterling’s first half goal as City condemned the Magpies to their fourth defeat in their last 5 games.

There were suggestions that the Ghana international was benched due to the demanding fixtures ahead of New Year’s Day but Rafa insists the decision was purely tactical.

“No, [I didn't bench Atsu because of those games.] It was to bring the best players possible for getting something in this game. We cannot forget we have a couple of games in the next few days," Benitez.

“The idea was to have players with pace and play on the counter-attack and then try to create something, which we did in the first half with Rolando and the second half a couple of chances.

"We were very close. We’re not resting anyone. I was trying to win this game with the players I thought were the best,” he added.

Newcastle are 15th on the English Premiership table after 20games played.