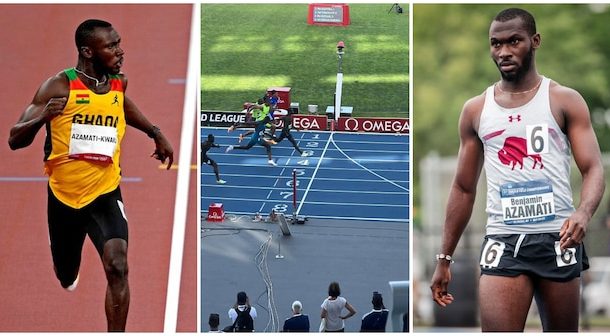 The Ghanaian record holder won the race with a time of 10.25 seconds to emerge victorious at the Stade Charlety in just his second Diamond League race.

Weather conditions in the arena were terrible as the place was very hot as well as windy with a headwind of -1.6. but Azamati overcame all the odds to beat the other seven contenders.

The former University of Ghana student did not start the 100m sprint that well but managed to overpower all the other competitors.

He was not the only Ghanaian who competed as compatriot, Sean Safo Antwi finished sixth with a time of 10.45s.

The Diamond League meetings are part of preparations for the upcoming World Athletics Championship and Commonwealth Games.