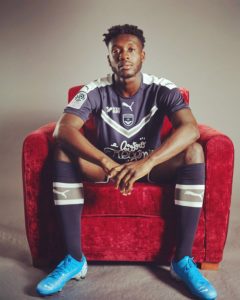 His return comes timely to prepare for a clash against his former team as the Girondins fight to climb the league ladder.

Bereaved in recent days following the disappearance of his brother, Enock Kwateng resumed training to prepare for the second round of the French lig 1.

He had been absent from training earlier due to illness after being attacked by a bug of virus.

But his return over the weekend brings more options for  coach Paulo Sousa ahead of their 21st week clash with Nantes.

The 22-year-old joined the French top-flight side from FC Nantes in the summer transfer window after impressing for the Canaries last season.

Bordeaux, placed at 13th with 20 points will travel to Nantes, who are sitting 4th with 32 points.