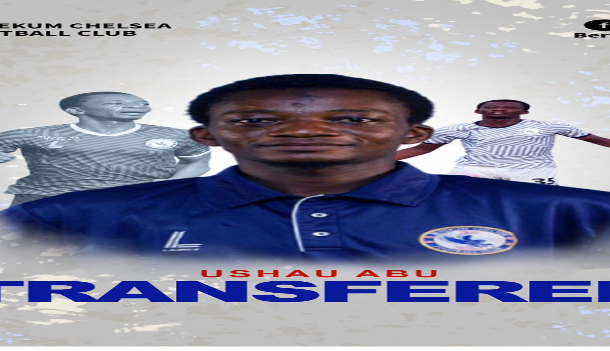 Berekum Chelsea have announced the transfer of youngster Ushau Abu to champions Hearts of Oak.

The 22-year-old has been signed by the Phobians to replace Benjamin Afutu who left to Egypt to sign for El Sharkia Dokhan FC.

Abu spent one season at the Golden City Park and made over 30 appearances in the league and FA Cup for the Blues.

A publication on the club's website read: ''Berekum Chelsea Fc and Hearts Of Oak have agreed the transfer of USHAU ABU. Our club thanks the player for his professionalism and exemplary conduct throughout his two seasons representing our colours, during which time he has won many individual honors.

''Berekum Chelsea Fc would like to express their gratitude to USHAU ABU and wish him the best of luck in this new stage of his career. Berekum Chelsea will always be your home.''