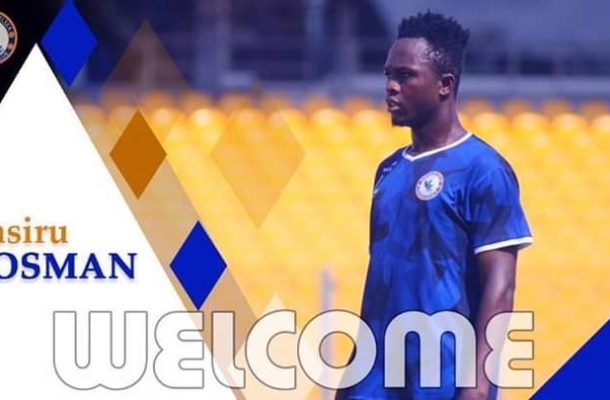 The young defender signed a 3-year deal with the former Ghana premier league winners on Tuesday after completing his medicals.

Osmanu joins Berekum Chelsea with huge reputation having impressed in the Dreams FC youth set up in the past two seasons.

He was a subject of transfer speculation to several top flight teams prior to his move to Chelsea.

Berekum Chelsea are currently preparing or the 2019-20 Ghana premier league season which is scheduled to start on December 27, 2019.